The tagua in Ecuador is found in different regions of the subtropical forest, between the zones are the provinces of Manabí, Esmeraldas, Imbabura and the Amazon, the height in which it can be found is of 1,500m on the level of the sea, the name scientific with which it is commonly known is Phytelephas Aequatorialis or Phytelephas Macrocarpa, the tagua is mostly wild, but it must preserve this natural habitat since the tree takes 14 years to give its first fruits, as it is a fruit, there is no affectation in the tree, it uses its fruits in a fresh state as a soda, it is also consumed by natives when the ripe fruit is not yet present and has a gelatinous form, its leaves are used as roofs for houses the same ones used to cover the dwellings of the country people.

The palms from which the tagua is obtained can reach a height of up to 8 meters. The tagua is very friendly with neighboring crops ie it does not affect other types of trees such as banana, fruit trees or common crops.

We only source the highest quality Tagua Nut. 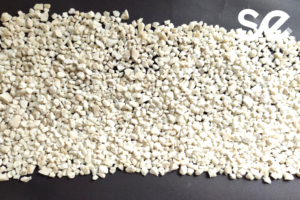